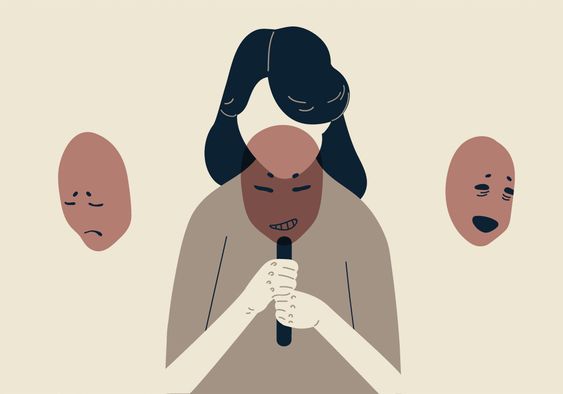 Why should we make ourselves tough? Does becoming tough mean becoming insensitive? Does it mean ousting others in competition and gaining power? Our schooling has filled us with this notion of heroism. These books worship the conquerors and looters, people who spilled blood at a colossal scale, calling them great. Our history books call Alexander as great; his greatness lies in conquering, warring and looting. We study about the Caeser’s and Napoleans as military geniuses, secretly aspiring to become heroes like them.

In summary, we are schooled by family, society and it’s various institutions to pursue power in the name of glory. We are taught to compete and strive for status and wealth, without any regard for people and their emotions, without any regard to what is happening to humans and society in this mad race for power.

Is becoming tough all about shutting down all our emotions, except the pursuit of power and success? Well, this is how the way things are in business, politics and corporate life isn’t it? The one’s who reach the top of the ladder are those who have elbowed others out of their way. Following this heartless ethic, is this what we mean by toughness? Well some people may do this quite crudely and some may do this with polish. We are not concerned with outward behavior which can be manipulated. We are talking about inside, the desire and hunger for success and power that lurks in humans since millennia. This can be in any field, it works even in scientists, artists, writers and philosophers.

As a human being, concerned about the state of the world, I would not like to be tough but I would like to question all that is happening in the world. And it is tougher to question oneself than it is to be a tough guy. (Anurag Jain’s answer to Why is it so challenging to know yourself?)

A tough guy is only an appearance, a coconut shell with pulp and water inside. A guy who is seeking power, wealth and fame, is actually a person who suffers from a deep sense of inferiority. His outward endeavors are a constant means to escape his inner emptiness, loneliness, insecurity and inferiority. A happy man does not go about destroying, looting and competing. A person who is competing, is competing because he is wanting praise, applauds and obedience of people. Would a person who is happy want others to bow and scrape in front of him? A tough guy is tough only in relation to others. What is he when he is alone, when there is no one around, over whom he can lord and impress? A tough guy cannot live alone; he fears loneliness and emptiness and wants to be continuously surrounded by people. A tough guy is constantly trying to achieve, because he is constantly in fear of failure.

On the other hand, a person who is looking into oneself and trying to understand oneself, is unconcerned bout success, praise and failure. He is unconcerned whether anyone is following him or not. He is not in any race, any competition. He has dropped out of the rat race. It is because he has realized that even if he wins this race, he is still a rat.

This does not mean that he is insensitive or does not care about others. On the contrary, he is more sensitive becuase he is not trying to compete with anyone. And sensitivity is the highest form of relationship.

10 thoughts on “How can we make ourselves tough?”

Writer and Teacher of Non-Dual Self Inquiry/Advaita Vedanta

No World is Ever Born. No Cause Exists To Produce It. This is the Final Truth

Brahman is Only Reality, World is an Illusion, Individual is Brahman only